Knottingley, 3rd November 2017: a new hydroelectric power plant, the largest low-head river hydro plant ever to be built in Yorkshire and the largest plant commissioned in England since the start of the century, will today be officially opened by Geoffrey Boycott, the ex-Yorkshire and England cricketer.

Harnessing the flow of the River Aire, half-mile down river from the iconic Ferrybridge coal-fired power station, the 500kW Knottingley scheme (7 miles east of Wakefield) will generate renewable electricity for a local flour mill and the local electricity grid. It has been developed by Barn Energy, a privately-owned renewable energy project developer.

The £7½m plant will generate electricity 24/7, 11-12 months of the year, for the next 100 years. It has been completed on time (a 15-month build), on budget and with around 90% of the contracts placed with British companies, almost all in Yorkshire and the north.

Knottingley is the third river hydro scheme that Barn Energy has built in Yorkshire over the past three years. Its Kirkthorpe scheme on the River Calder near Wakefield opened earlier this year, and its Thrybergh scheme, on the River Don near Rotherham, opened in 2015.

More than 100 people worked on the Knottingley project, many of whom working for companies based in Yorkshire and the north of England. Yorkshire’s ANF Consulting and JNP Group designed the project, whilst Eric Wright Civil Engineering, part of the Eric Wright Group, was the main civil engineering contractor.

A major part of the project is a custom-designed fish passage and steel screen which will help salmon, eels and other migratory fish to safely navigate the weir for the first time in centuries. The fish passage cost £2m and was manufactured in Yorkshire.

Mark Simon, Chief Executive of Barn Energy said: “Knottingley is our third significant and long-term investment in Yorkshire’s energy infrastructure and is providing secure and sustainable energy to a local flour mill and the local grid. The economic and environmental benefits that river hydro offers, and the goodwill shown towards this type of clean energy generation, are clear to see.

However, given changes in government policy, and despite its Clean Growth Strategy that was published last month, it’s very likely that Knottingley will be the last scheme that we build in Yorkshire and possibly in the UK. Infrastructure projects of this kind, which have abundant environmental benefits, need the public sector involved to help access low-cost, long-term finance.”

Allan Leighton, Chair of the Canal & River Trust said: “We’re delighted to be part of this project, and it’s wonderful to see the historic Aire & Calder Navigation being used in this way. This project will help to protect the environment and bring clean energy to the local community for generations to come, supporting our vision for living waterways that transform places and enrich lives.” 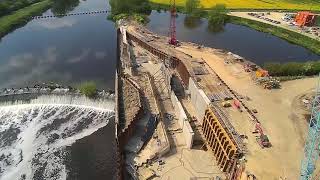 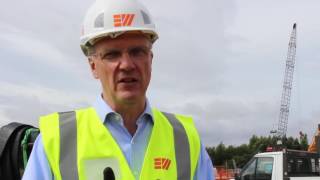 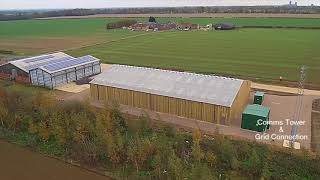 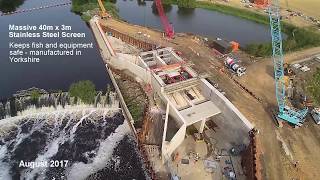 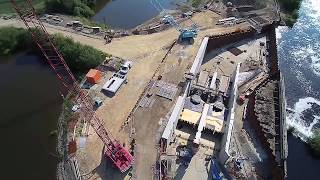